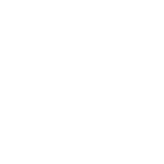 A District-wide Success for Going Paperless! The Val Verde Unified School District is located in Perris, CA just south of Riverside. The District comprises 1 Preschool, 13 Elementary Schools, 6 Middle Schools, and 5 High Schools with a student body of nearly 20,000 students and 2,000 employees. The District began using Laserfiche in 2003 to

Meeting Compliance Requirements with Laserfiche Established in the 1950s, Otay Water District has helped transform the District’s 125.5 square mile service area into a brilliant blend of diverse environments.  The District serves approximately 230,000 customers by purchasing water from the San Diego County Water Authority. In 2016, the District began looking for a document management

Using Laserfiche in the Creative City The City of West Hollywood, known locally as WEHO, is in the County of Los Angeles and includes such landmarks as the Sunset Strip, the Fairfax District, and numerous nightclubs, comedy clubs, and live music venues. With a population of over 36,000 residents the city has a rich and

Innovating Technology with Laserfiche Vista Unified School District is located in northern San Diego County and is the fourth largest public school district in the County. The District serves a student body of 22,000 students at 29 schools that include Preschool through 12th grade and has approximately 2,900 employees District-wide. The District also includes an