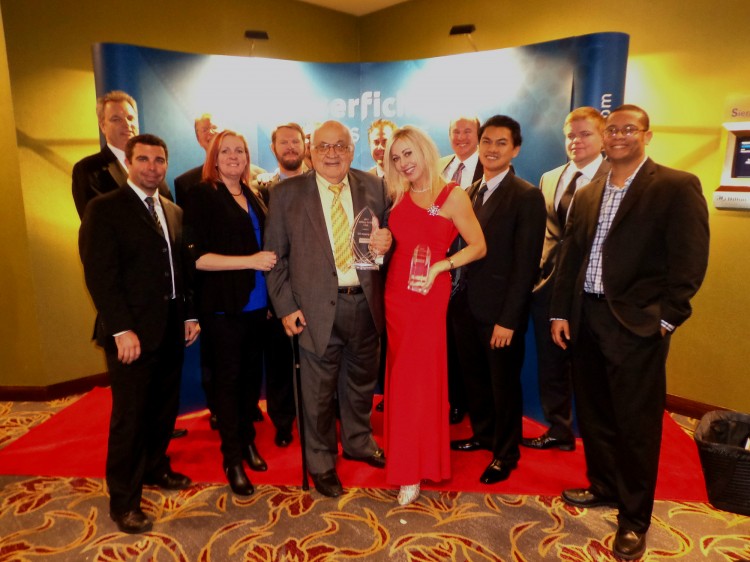 ECS Imaging, Inc. is a Gold-Certified Laserfiche VAR – Value Added Reseller  and a top- performing Laserfiche VAR since 1995, offering comprehensive turn-key enterprise content management (ECM) solutions and custom integrations to meet the needs of clients in both the public and private sectors.

“In 2014, Laserfiche once again experienced double-digit revenue growth, thanks largely to the efforts of hard-working Winners Circle Laserfiche VARs like ECS Imaging Inc,” said Hedy Belttary, Vice President of Sales at Laserfiche. “We look forward to continued success in 2015!”

ECS Imaging had a remarkable  2014 and made key expansions into new territories to include coverage in Arizona and Nevada, while further strengthening their client base in California. New Account Managers were brought on to manage new and existing accounts in Sacramento, Los Angeles and Fresno areas. ECS added 26 new customers across various industries including a very notable manufacturing giant – Yokohama Tire Company.

“ECS continues to grow each year and 2014 was marked by considerable growth and expansion into key territories.” said Debbi Bodewin, Executive Vice-President at ECS Imaging. In 2014 ECS added three additional technicians to help support our growing account base. ECS welcomes Rick Parker – Business Analyst, Mario Zogbo – Technician, and Cristobal Guerrero – Support Technician. We now employ the largest technology staff of any Laserfiche VAR in California with 12 technicians. The ECS Tech Team has successfully completed over 100 Laserfiche Certifications collectively and continues to improve upon their technical knowledge.

Laserfiche has been the tool that has allowed us to automate a lot of our processes.” -Donesia Gause

Victor Valley Transit Authority processes an average of 50 invoices a week. Processing these invoices from receipt to check payment...

The Indio Water Authority’s engineering department spends a great deal of time on improvement projects around the city. This can...