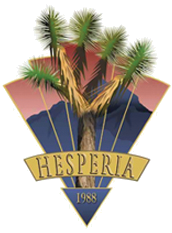 The City of Hesperia is located 35 miles north of downtown San Bernardino. This portion of the Mojave Desert is referred to as the High Desert due to the unique and moderate weather patterns. The city has a population of just under 100,000 residents.

The City has been an ECS customer since 2002 when they purchased Laserfiche in an effort to move away from paper and store permanent City documents electronically. Moving physical paper around has a tendency to slow down the process. Fast forward to 2016 when the City established an Efficiency Review Committee to streamline these manual processes.

In August of 2017 the City purchased the Laserfiche Forms package as a means to provide efficiency in processing City documents and information thereby enhancing customer service. The first online Form the City created was an online Job Application Form. Other Forms that followed include: Technology Request Form, Mileage Reimbursement Form, Cal Card Request Form and Request for Records Storage Form. Paul Jung, Information Systems Specialist at the City created step by step instructions on how to configure the forms as well as the workflows that process the forms. See Online Application Form.

Prior to Forms, the process for Technology Requests involved the following: requester fills out a paper form, routes it to their department manager for approval, the form is then routed to IT. Some of the inherent problems with this process include inter-office email can be slow, requestors were not sure which IT inbox to send it to, and the paper forms may get lost in the process. Now with Laserfiche Forms, Laserfiche routes the form to the IT Department Work Order System, Work Order System sends an email to the IT Team, Laserfiche routes a copy of the Form to the repository folder. Laserfiche also keeps track of where the request is at all times allowing the requestor to see who has it.

The Mileage Reimbursement Form uses tables which can accommodate multiple trips, calculates the total miles and total reimbursement and allows for the attachment of receipts. The following image shows how the tables are set up to perform calculations. 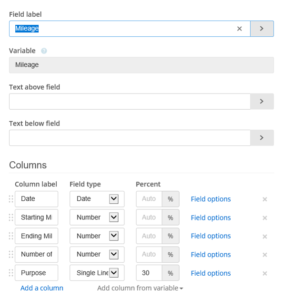 The Forms Inbox established a central location for processing Human Resources tasks. This allows any member of HR to access submitted applications and assign applications to themselves for initial processing. HR can view all application documents in the Laserfiche Viewer including any attachments, Application Data Collection, and the physical applications are saved as a PDF.

The City also created a Subpoenas, Summons, and Lawsuits Workflow to track these items and notify certain personnel when one of these is received. The Workflow changes the name of the document using field values and tokens. It also emails appropriate parties of arriving documents. Finally, the document is automatically routed into the appropriate folder in the repository. 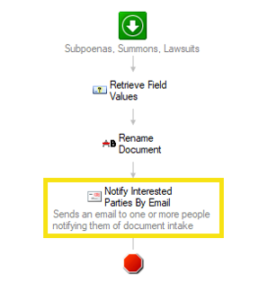 Future plans within the City include the development of an online Electronic Plan Review process for the Building Department. Applicants will be able to complete a building permit application online with the ability to upload the Plans using Laserfiche Forms. Additional forms would then be prepopulated using information from the applications form. The Plans will be routed within the City to various departments for review. Once approved the applicant will receive an email indicating that the City has signed off on the project and construction can begin.