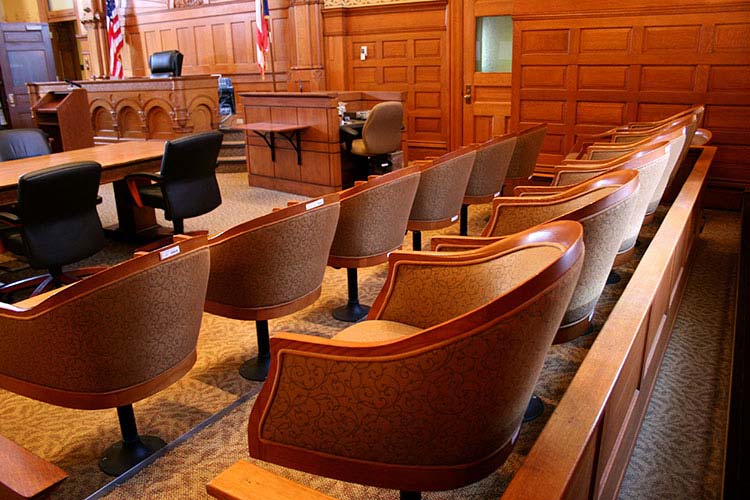 In 2007, Hawai’i County’s Prosecuting Attorney’s Office (PA) moved to a new location but did not have enough storage space for the multitude of filing cabinets full of invoices, meeting notes and case files.  The new location was much smaller and had about one-tenth the storage space as the previous location so they needed a way to consolidate all that paper in order to take it with them.  Several options were explored including storing documents on CDs/DVDs or converting the documents to microfiche/film. They also needed a way to easily search for and retrieve the stored data.

Around that time, the County’s Information Technology Department was looking into an enterprise content management system as well.  “We choose to go with Laserfiche because we found it to be the most affordable, feature rich (solution) and our County IT was moving toward Laserfiche as well”, said Kelvin Ono, Information Systems Analyst for the Office of the Prosecuting Attorney. And after talking with another county agency that had previously purchased another ECM system, they discovered that the price and usage of that system was not what they expected. “It became an expensive ‘electronic repository’ that was not very user friendly”, he said.

At the PA Office, Laserfiche was first implemented for the fiscal unit. They immediately saw the benefits of having Laserfiche organize their files and invoices. A focus group was then established for the legal staff where they found that redacting documents for discovery was much more efficient and easier than the manual process of using a China Marker, printing and photocopying. Focus groups were also conducted for other departments including Administration, MIS and the Attorney’s Office. The Administration Department came on board next, storing general staff notices and meeting notes in Laserfiche. Each department met with MIS to determine how Laserfiche should be customized for their departments.

The County recently integrated Laserfiche with the Police Records Management System and the Case Tracking System. Prior to Laserfiche, staff would need to generate a listing of police report numbers using the police Records Management System. This would add 2-3 pages to the listing daily. The list contained police report numbers of cases that had been referred in which new supplementary items were added. They would have to pull up each report number in the RMS and then go through each item to locate and print the new items according to the last print date. This was an extremely arduous and time-consuming task that needed daily attention.

With Laserfiche in place, they were able to create a process that electronically transfers the documents and narratives that were added after the last print date on the RMS directly to a designated file in Laserfiche. Now, all they need to do in Laserfiche is open each file with a mouse click and print. No more looking through each and every item in the police report.

Another process the County was able to improve with the use of Laserfiche was staff notifications. In the past, a notice was sent as an attachment, but that took up valuable storage space on the email server. The process evolved into hyperlinking which proved to be too advanced and cumbersome for most users in the office. Using the email shortcut link feature in Laserfiche made the process more efficient and easier for staff to distribute electronic documents and notifications.

Submitting of discovery was also a long, tedious, manual process. Before Laserfiche, they had to print reports that varied anywhere from 1 to 500 pages or more, file one copy in the physical case file and then print another copy and redact it for discovery, often additional copies would be requested. Laserfiche took that process and was able to automate a majority of the steps, saving paper, time and potential mistakes in redacting.

Additional procedural improvements were made when Laserfiche was integrated with the Hawaii Police Department Records Management System. With the help of Laserfiche Import Agent, all documents (PDF and RTF) as well as XML data pertaining to police reports are transferred into Laserfiche. A Workflow then processes the data accordingly.

Laserfiche was also integrated with the Office of the Prosecuting Attorney’s Hawaii Island Tracking System (HITS). Using the Laserfiche Software Development Kit, they were able to create an API that would allow their HITS system to open Laserfiche and present all documents related to the case specified in HITS.

The County has a Laserfiche Rio system which is being utilized by over 600 county employees with 120 Laserfiche users in the Prosecuting Attorney’s Office which has three locations on the island. The system includes Import Agent which monitors a network folder and automatically pulls documents into Laserfiche, Weblink allows secure read-only access to Laserfiche using a web browser, Import Agent allows for the use of an MFP (Multi-Function Peripheral), the Software Development Kit for integrating Laserfiche with other applications, and Quick Fields Context and Quick Fields Agent for automated indexing and document processing.

In the near future, Hawaii County will implement Laserfiche Mobile which will allow access to Laserfiche using mobile devices and smart phones. The purpose of this project is to have Attorneys use Laserfiche Mobile in the courtroom, thereby eliminating the need to bring boxes or stacks of files to court.

By the end of the year, Hawaii County plans to implement Quick Fields for various processes. They have multiple standard forms that can utilize Quick Fields which locates information on the document and automatically populates template fields.

Laserfiche has helped Hawaii County reduce physical storage constraints by converting all fiscal paper files, bills, invoices, etc. into electronic documents that can be easily retrieved for auditing. Laserfiche was also able to provide the security necessary for personnel files and confidentiality. This allows department managers to grant specific rights and permissions to groups and employees, making sure that all staff and volunteers / interns only have access to what they are entitled to.