Mammoth Community Water District (MCWD) provides water, wastewater and recycled water services to a population of 8,200 residents and as many as 35,000 people during holiday periods. MCWD is located in the Town of Mammoth Lakes, home to Mammoth Mountain, a well-known snow sports destination.

Mammoth Community Water District (MCWD) has been using Laserfiche since 2000 in the Administration and Regulatory Services Departments. In 2018, with the assistance of ECS Imaging, MCWD upgraded to Laserfiche Avante with workflow in order to improve efficiencies throughout the organization. The Engineering and Finance Departments will begin using Laserfiche next.

As it was, each department was managing and storing their own documents without a standard policy in place. This made it difficult for each department to locate and to share information. As a result, there was a need for universal storage that would allow information to be easily shared between departments.

Additionally, MCWD needed to implement a retention policy to manage the lifecycle of documents. A Retention and Import Workflow was created to assist the regulation of the retention policy that had been previously developed and implemented. MCWD is planning on bringing on more projects with Laserfiche for 2021.

What Laserfiche has done for MCWD is increase their efficiency by having a virtual library of documents that are accessible to everyone, thereby establishing more efficiency in document management within the organization. They have two separate servers that are used by different departments. Therefore, without Laserfiche they wouldn’t be able to centralize with their current IT setup. Having Laserfiche in place was the catalyst for establishing both an electronic library, and a central hard copy library for all of their documents.

Laserfiche has saved MCWD considerable time and money since they are searching only one database instead of several independent databases simplifying the process of search and retrieval. Benefits also included no more misfiling and random disposing of paper documents because Laserfiche got them organized.

MCWD has recently bolstered their administration department by bringing in an administrative assistant Melissa Reeves, whose priority is to maximize the potential for Laserfiche throughout the entire District. Future plans for MCWD include expanding their user licenses to accommodate all departments, integration with Tyler ERP, developing additional workflows as needed, secure implementation with confidential Human Resources documents, increased use of Forms, records disposition based on established retention schedules, and to create an SOP.

Stephanie Hake, Executive Assistant for MCWD said they chose Laserfiche simply “because it was the gold standard!” Her suggestions to anyone preparing for a document management implementation is to “be patient, persevere with your staff but don’t be too pushy with it, they will see the benefits in time. Especially with staff that are not of the younger generation.” It was recommended that they follow the adopted retention schedules (RRS) for their folder structure, but needed to find a happy medium between RRS and records management best practices. In some cases the RRS is much too detailed to translate to a functional folder structure.

Stephanie commented, “We appreciate the support offered by ECS, the reliability of storing documents, the ability to search, and ease of retrieval. Laserfiche is so very intuitive and user friendly. Other software developers should model after LF functionality. The team at ECS is the best! Anjy has been very attentive to our needs even though we are a very small client in the big pond!” 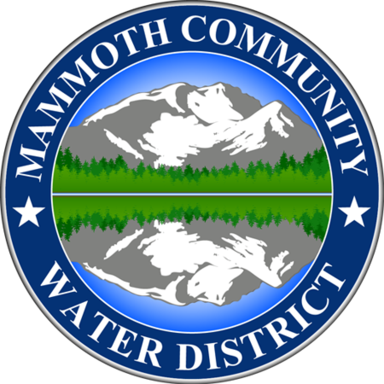